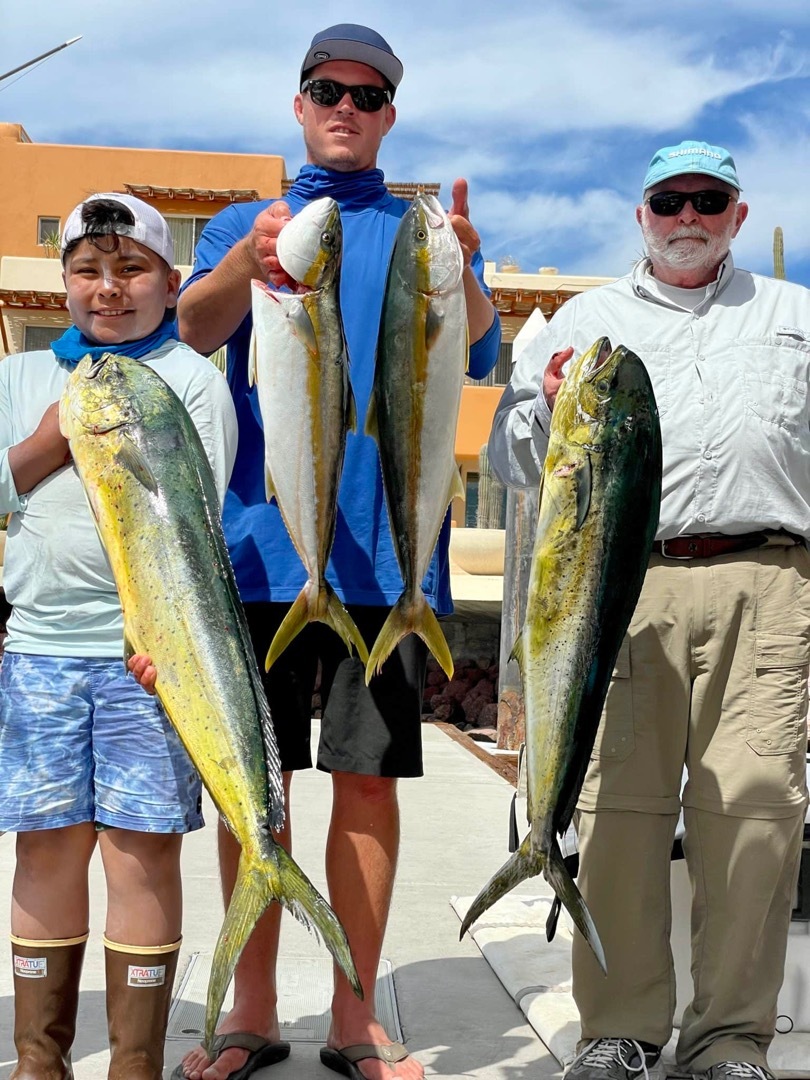 As we all know, sometimes weather conditions water temperatures and the bite can change on a moments notice, and sometimes it can be the same for weeks. In this case it’s the later. Nothing much has changed from last week. The weather is perfect, slowly changing to our more summer pattern.

The water is 82 degrees and clearing up nicely when you get a few miles offshore.

There are still signs of sargasso paddies floating around although they will start to break up and disappear soon.

Bait is plentiful and available both large bait mackerel and caballitos as well as sardines around the Tecolote area.

The majority of the fleet is fishing close, from the San Lorenzo channel to the north end of Partida. This is great news as you spend more time fishing and less time running, not to mention epic scenery all day long.

This time of year is truly amazing for variety. We are literally still catching all the spring species including yellowtail,cabrilla, AmberJacks and snapper.

The yellowtail are not the hogs we were catching a few weeks ago but the AJ’s are making up for that. June is the normally when we start to see the Dorado show up in larger schools . Slow trolling live bait or ballyhoos or pitching sardines around the sargasso paddies are enticing the DoDo’s to bite. These fish are running a respectable 20 lbs. A blast on light gear.

Early morning Roosters are still on patrol around the sandy spots around the island. Not much on the tuna front yet. Normally they will be far offshore this time of year running with the porpoise. Hopefully soon they will show up around the seamounts settling in for the summer. We will probably start running a few offshore scouting trips to try to locate any schools in the area.

I heard a rumor that the local government is in talks with different airlines to increase the number of flights into La Paz, fingers That’s it for now. 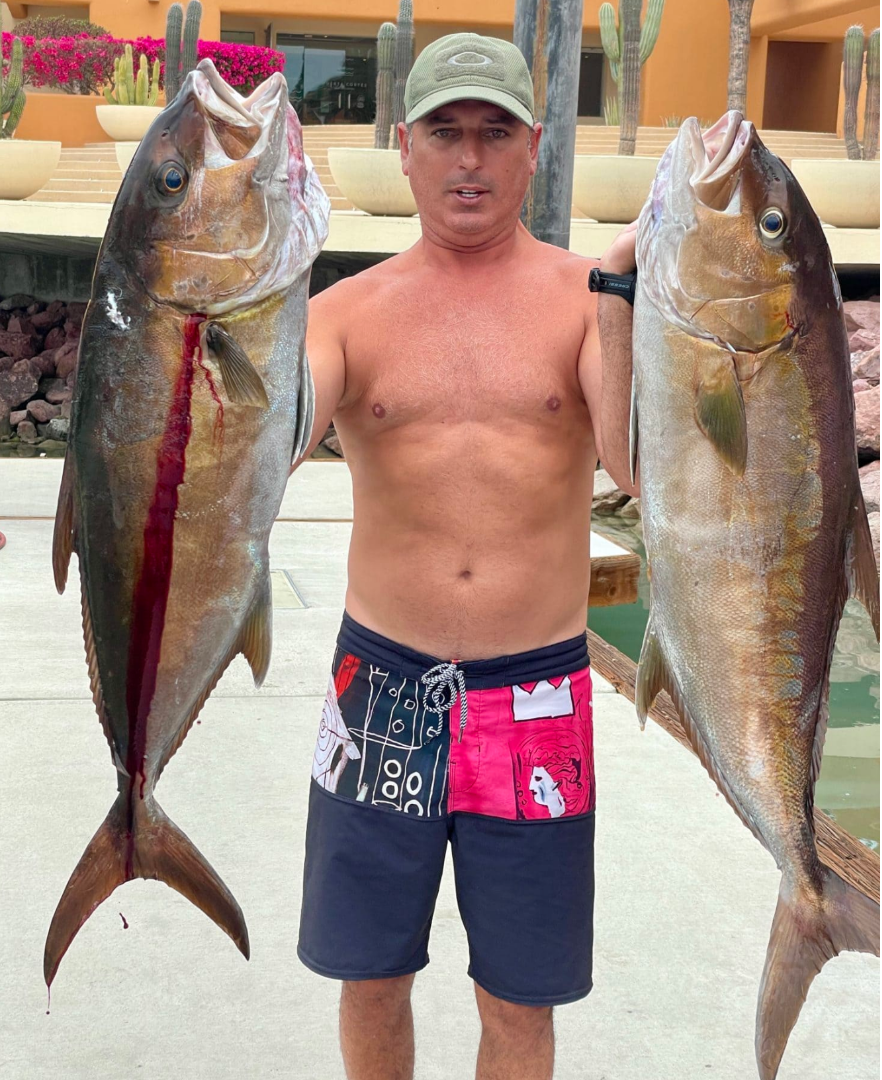 5-29-2022
Weather & Bait This week the crowds seem to be a little lighter then the last few weeks. The airlines, probably...... Read More